Our experts will reply you very soon.

* Mentioned prices may vary depending upon date of travel, hotel availability, surge pricing and seasonal rush.

A group of pictorial islands surrounded by the emerald green waters of the Bay of Bengal, magical Andaman is an ideal destination for those who want to soak into pristine nature, primeval jungle, mangrove forest & snow-white beaches. Originating from Port Blair this Andaman tour takes you to some of the most stunning islands, Havelock, Baratang and Chidiyatapu beach. Witnessing the setting sun at Radhanagar Beach in Havelock is one of the most delightful moments of this tour. Above all, on the occasion of Veer Savarkar Punyatithi you also visit Cellular Jail, a symbol of India’s freedom struggle and revisit our glorious history in the Sound and Light Show on the jail premises. A treasure trove for the nature, beach and history lovers, Andaman is an ideal holiday spot to spend quality time with your friends and families
Andaman and Nicobar have rich history dating back since 800 BC. These Islands are one of the famous Islands in the world and they have the best beaches in India. This must visit destination is a good place for vacationing but let us learn a thing or two about this paradise. The indigenous population called Andamanese and Nicobarese inhabit these Islands. The Islands of Andaman and Nicobar have five indigenous tribes that are still living in these parts like Jharwas (Jarawas), Onges, The Great Andamanese, Shompens, Sentenelese. The common languages they spoke were Onge, Andamanese, Sentinelese, Jarawa and Nicobarese. In addition to the tribal’s of the Island, it was believed that the Andaman Islands were descendants of African slaves that arrived in this Island after a shipwreck while being carried on board on a Portuguese ship, however, most of the anthropologist's sum-up with the fact that they are not Negros but Negritos. For years, the Andaman and Nicobar Islands have seen many faces from India’s First War of Independence that took place in the year 1857 to the Japanese Invasion during the 2nd World War. But with the coming of Indian Independence in the year 1947, these islands Andaman and Nicobar were united with the Indian mainstream. Today, you will find, its past relics, artifacts and ruins around the Island, in the museum of Cellular Jail in Andaman. For ages, the Andaman have been nicknamed as Kala Paani because of its cellular Jail. Earlier, Andaman used to be a prison central to take away the prisoners far from the mainland. Today, this Cellular Jail sources as a prime attraction for tourists

JAIL/CARBON AND LIGHT AND SHOW AT CELLULAR JAIL 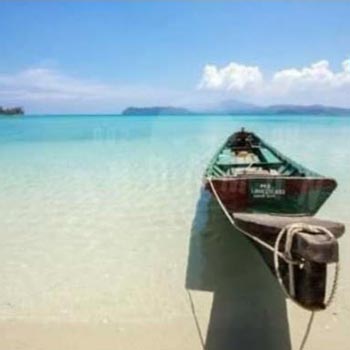 Arrive at Port Blair in the morning/afternoon by flight and our representative will be waiting outside holding a placard with your name on it. You will be taken to your hotel where you relax and rest. Post lunch will proceed to one among the most visited attraction in Andaman Islands, Cellular Jail. This jail before India's Independence hosted the most ferocious prisoners in the Andaman Islands. Today this jail stands as a national memorial. Visit to this historic attractions and know about the rich history of the Andaman Islands, then move towards Corbyn's Cove beach. The Crescent shaped coconut palm fringed Corbyn's Cove ideal for swimming & bathing. Coastal drive to this beach is awesome; a stretch of around 4 Km with an open sea towards your left is a sight to experience. Take pit stops during this ride to click pictures and to explore the beauty. Later proceed to attend the enthralling Sound and Light Show at Cellular Jail - where the heroic saga of the Indian freedom struggle is brought alive. Enacting of freedom fighters and their struggle for India's Independence is enacted during this trip. Post completion of this trip, we drop you back to your hotel.
Day 2: 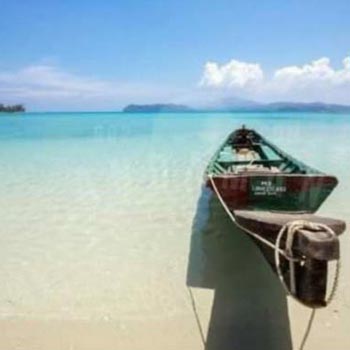 Visit the Administrative Capital Prior to Independence from where the Britishers governed the entire A & N Islands-ROSS ISLAND, A destination for Nature Walk amidst friendly Deer’s & Peacocks. Smritika Museum records the life of its political prisoners. Explore the ruins of the island from where Britishers once governed the entire Andaman and Nicobar Islands. Then begin your excursion to North Bay - Coral Island with Glass Bottom Boat Ride. Here one can explore the Coral reefs underwater. The lighthouse seen in North Bay Island trip is the same that is seen in the back of a 20 Rupee Note. Snorkeling, Scuba Diving and Sea Walk can be done here as well. Note: There is no bottled water sold on Ross Island and hence we would recommend you to carry bottled water with you and cold filtered water is available at Ross Island ticket counter at no cost. Ross Island is closed on Wednesday.
Day 3: 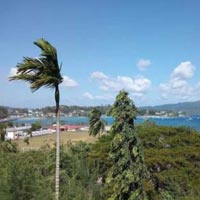 Today we depart from Port Blair to Havelock Island. On arrival our representative will be waiting at the exit of the jetty. Then proceed to selected hotel to relax. After Lunch enjoy the famous Radhanagar Beach. This beach has been consistently rated as one of the best beach in Asia. Watch a mesmerizing sunset on this beach before returning back to your hotel to relax
Day 4: 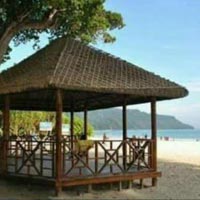 Today morning after breakfast checkout hotel and catch private ferry back to port Blair on arrival our representative will attend you and take you to selected hotel for relax later evening chaditappu beach for sunset and late light do shopping and drop you at you selected hotel for night stay
Day 5: 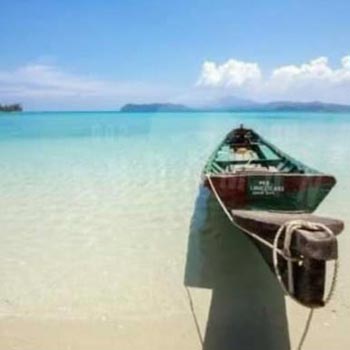 Early morning at am. will start journey towards baratang island via road travelling distance 200 km bye road while crossing jarwa reserve forest you can see the tribe people moving around the road after reaching baratang island a short trip to lime stone cave in a speed fiber boat capacity 10 passenger after that return back to port Blair around pm evening
Day 6:

FLIGHT BACK TO NATIVE 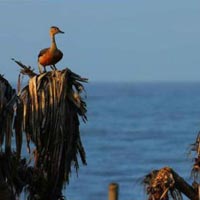 Return home with sweet memories of these mesmerizing Islands.